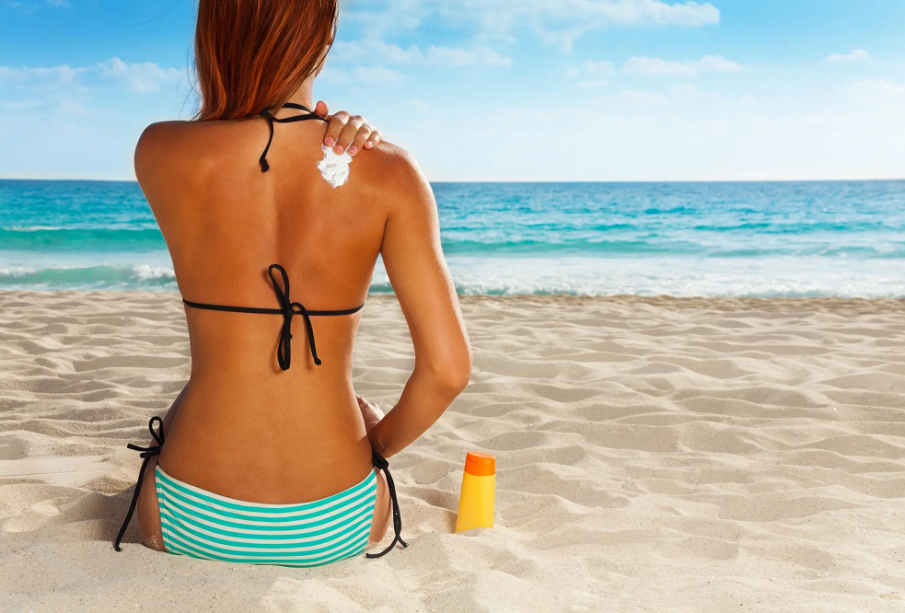 Tanning is caused by exposure to ultraviolet radiation. Ultraviolet radiation is non-ionizing and is emitted naturally by the sun. On hot days, especially between the hours of 10am and 4pm, it is possible to be exposed to a great deal of this radioactivity simply by being outside. Tanning has an interesting history. In countries where the majority of the population has light pigmentation, the popularity of tanning is often linked to the ever-changing relationship between leisure, wealth and being outdoors. Until recently, spending time outdoors was considered to be an indication that a person was working in agriculture and could not afford to rest in a home during the day. This meant that pale instead of tanned skin was considered beautiful. After World War One, however, tanned skin was considered to be a sign of wealth and worldliness -a far cry from the pale body of a constant office worker or factory worker. This has driven its popularity.

As popular as tanning might be as a beauty boost, it remains a relatively dangerous activity if conducted incorrectly. Exposure to high levels of ultraviolet radiation can cause cancer and heatstroke. Here are some tips for people that want to tan safely.

A good sunscreen, regularly applied, can help to protect you from the most damaging levels of radiation while tanning. Lots of the major pharmaceutical brands – a list of which can be found at medical-supermarket.com – make and market sunscreen. The make is not important. What is important is the amount of UV protection that your chosen sunscreen offers. Ideally, you should be wearing a layer of sunscreen that is rated SPF 30 or above. If you are tanning in a particularly hot climate, you will need SPF 50 or above.

Dehydration is a very real danger during tanning. Make sure to bring plenty of water with you if you intend to stay outdoors for a long time. Don’t drink alcohol during a tanning session – you will become dehydrated far more quickly.

Listen To Your Body

Your body has ways of telling you when you should get out of the sun. If you feel any dizziness, fatigue, or stomach pains, then you should stop tanning immediately: these are the tell-tale signs that you are developing sunstroke.

Likewise, you should stop tanning if your skin is becoming red or if you are developing a heat rash. This means that your skin is burning, not tanning. People with darker pigmented skin can still suntan. Darker skin might not turn red, but it is still likely to burn if it is noticeably hot to the touch. The bizarre myth in the world of beauty that there is ‘no pain, no gain’, should be discarded. Don’t think you are developing a beautiful bronze just because your skin is in agony!

Never try and get a tan in one session. Tanning is safest when it is done in many small sessions without allowing the skin to burn.