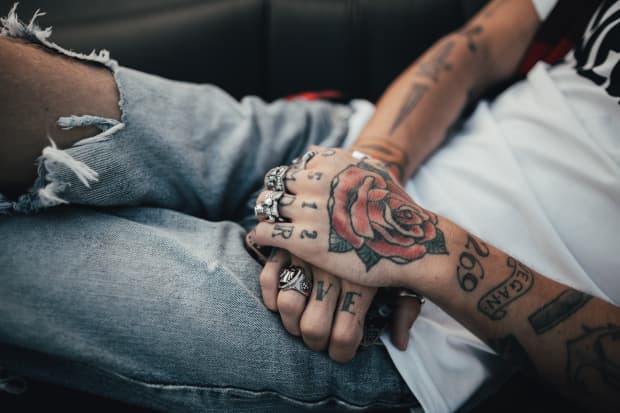 Many people consider tattoos as a way of expressing their thoughts. They engraved these ideas on their bodies to represent their mindset. Some people also consider it as a kind of jewelry that can never be stolen. People love to show their tattoos as their style statement. They make such tattoos on different regions of their body.

One such place where people love to make their tattoos is their wrist. They wear these tattoos in place of their bracelet or watches. Such regions are often uncovered, and people can see tattoos made on them. These wrist tattoos have different meanings. Let us learn more about wrist tattoo meanings by considering some of them.

The musical notes tattoo is popular amongst music lovers. It consists of several parallel lines representing musical chords with specially designed musical notes at different places. Generally, two to three notes are placed on these lines. This tattoo signifies the importance of music in people’s lives. Those who love music will love to see this type of tattoo on the wrists.

You can regard the heartbeat tattoo to be amongst the most famous wrist tattoo that people love to have. They are mostly considered by love couples, who draw it as a continuation between two people’s wrists. However, this tattoo can also signify the continuation of life. No matter what comes, life goes on. Therefore, you can consider it as an expression of hope.

Dove with the leaf tattoo

It is known to all that a dove symbolizes peace. Therefore, a peace-loving person often gets a dove tattooed onto their wrist. The tattoo is simple, with a dove carrying a leaf in its beak. The entire figure is carefully placed so that symmetry is maintained. Dove’s are also associated with love. Therefore, this tattoo is also quite popular amongst people who love others. It is one of the first choices for couple wrist tattoos.

Female tattoo lovers mostly have the mermaid tattoo on their wrist. It shows their love for fictional characters. People who love to dream about fantasies also love this tattoo. It shows a half-woman half-fish creature on your wrist. This tattoo is very artistic and can be used as an expression of such ideas. These are some wrist tattoo ideas and the meanings and stories behind them. You can also find other wrist tattoos by looking at the catalog of some tattoo parlors. People also tend to get the name or pictures of their loved ones tattooed to their wrist to depict their love towards them. If you want to know more about wrist tattoo meanings, refer to some websites that deal with them.